This isn’t the first time I’ve wrote about this, and it won’t be the last… Last week, the novelty of being a foreigner in Mainland China got me special treatment. The foreign price is a double edged sword; sometimes you get charged more by a repairman because he assumes you don’t know any better, and sometimes a gym practically harasses you to work out there at a discounted price because your presence will make it seem more international. And do I even need to mention the ESL industry as a whole? This isn’t exactly a new phenomenon, and it’s not that I’m actually surprised to have competed in a 5 day sailing competition at a remote lake resort for only 50USD with all expenses paid… it’s just that this is by far the strangest example of the foreign price that I’ve seen here yet.

The foreign price can get you far

It all started when an obscenely rich factory owner’s 3 daughters each got accepted into high schools and a university abroad. Schooling abroad probably sounds like the rich part of this scenario, but the number of kids is what had really jumped out at me, because holy shit is that pertinent in the only country in the world where multiple children is a determinant of extreme wealth. Their mother felt that they needed to get as much international experience as possible beforehand to prepare them for living abroad, and so she did what anybody with loads of money would do; she threw cash around. After enrolling the girls in the Gaochun Lake Sailing Competition, she’d rented 3 sailboats, 3 captains, 3 crews of foreigners. A boat for each girl, a captain to sail it, and a bunch of expats to “acclimate” them throughout those 5 days, because why not? 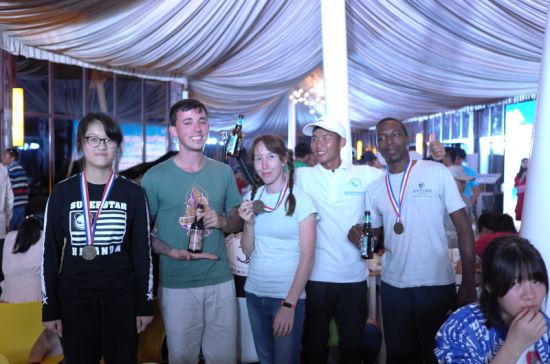 Crew 1: Rich Chinese girl, yours truly and the crew, and our captain

“Mate, have you ever sailed before? The National Week Holiday is coming up and there’s this event outside the city that’s at a 90% discount if you’re a foreign passport holder,” asked the British guy who shared an office with me. Having spent most of my middle and high school summers sailing around Lake Champlain (LINK), and having had no issues whatsoever with milking my novelty as much as possible, I’d been down. 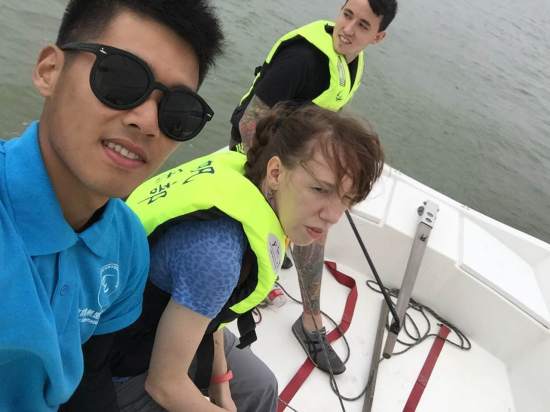 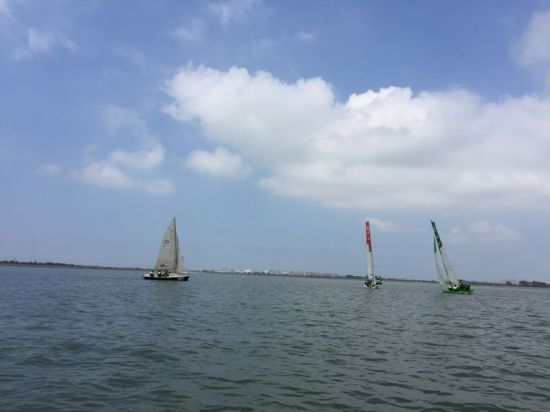 What a way to spend Golden Week

What a week it had been. We’d arrived at a lake resort with the agent who’d found us all to check into extravagant rooms at an upscale lakeside hotel, and our incoming meal was an all you can eat crab buffet. The sailing competition began with several days of sailing classes, and every day out on the lake was ended with a nice dinner at some fancy restaurant. The last day of the trip consisted of a 10 boat race veering through a buoy course, and culminated in an awards ceremony with a massive buffet and all you can drink craft beer, thanks to the sponsorship of Nanjing’s very own Master Gao Craft Brewery. Local news stations were there with cameras and naturally they’d bee-lined for us to get an interview. Fame, IPAs, and medals for all of us, as they’d paraded us up onto the stage to bow and get photographed.

The Gaochun Concert Hall that hosted our end of race gala 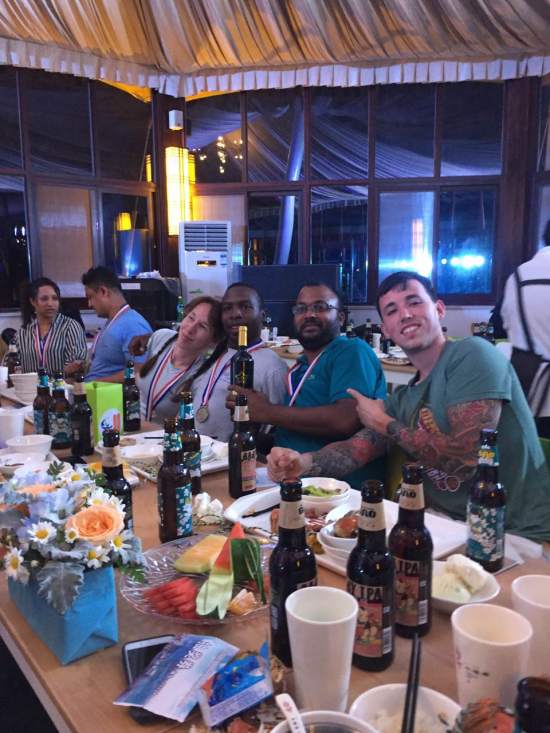 Craft beer and a feast

Up on stage representing the American Speed

Out of all of the motivating factors that had led to us standing up in front of the crowds, in the concert hall that had hosted our end of race gala, we’d never really been aware of the main reason for which we’d even been there. Free promotion with international faces had been the obvious push for the sailing club, but those teenage girls on each boat had been more or less an overlooked mystery to us until the final night. The agent who had found us had touted her role as part of Jiangsu Province’s international cultural exchange program, and so we’d just assumed this whole trip had been government funded. Little did we know that those timid girls we’d mostly ignored at every dinner and their discerning mother with the designer hand bags had been the real force behind our presence. To save face on behalf of the mother, it hadn’t been until the final night that the agent told us about the mother having paid for all of us, and wow had she paid a lot! I guess I would’ve been more friendly and helpful if I’d known what the foreign price had actually been buying. 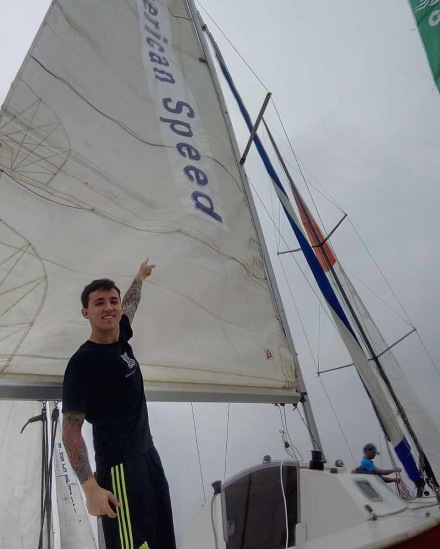